Blockchain, cryptocurrencies and the challenge of not stumbling again with the same currency.

> News  > Blockchain, cryptocurrencies and the challenge of not stumbling again with the same currency.
0 Comments
Share

Blockchain, cryptocurrencies and the challenge of not stumbling again with the same currency. 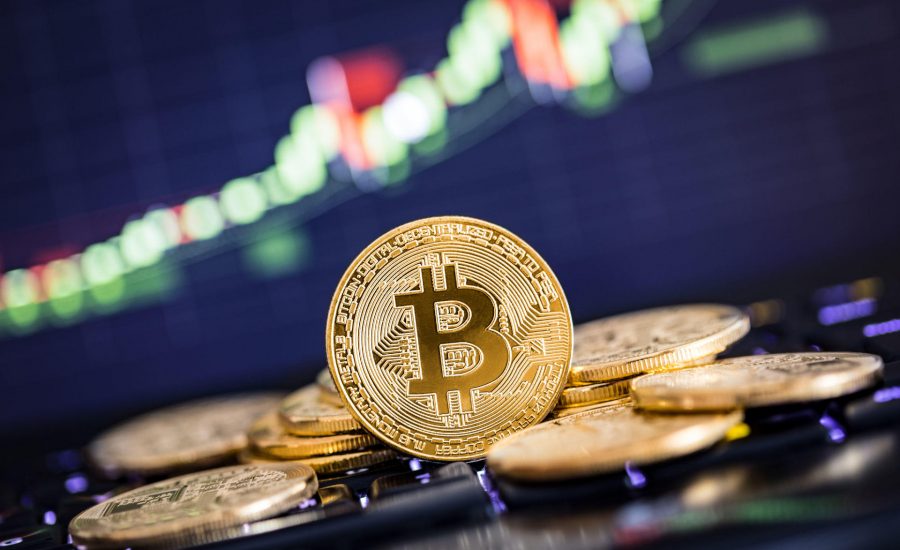 Although we hear more regularly about Bitcoin, since it became popular some years ago, other cryptocurrencies have emerged to facilitate business between companies, organizations, and entrepreneurs.

Every day we read and hear about cryptocurrencies, virtual currencies and, especially Bitcoin. To understand this terminology in greater depth and, as far as possible, take advantage of the scenarios that it poses in the short and medium term, we must understand the environment in which they operate.

We can say that the issue of cryptocurrencies arose thanks to the birth of the blockchain, in the nineties, which is an option that technologies offer to ensure the integrity of records through the web. In Bitcoin, we have the first currency to use the blockchain (or at least the first to be globally public ). However, at this point, the blockchain technology has been extrapolated for use in other industries, which goes far beyond currencies.

Bitcoin is a type of digital currency or cryptocurrency that is unregulated (or, rather, decentralized), designed to avoid government currency controls and simplify online transactions by getting rid of third-party payment processing. In other words, it avoids the usual frictions of international (and even national) payments or transactions online and the bureaucracy intrinsic to this type of procedure and of course its cost.

The Bitcoin blockchain, in its simplest form, is a database or ledger consisting of Bitcoin transaction records. This database does not have a central authority (for example, a central regulatory bank), hence its decentralized nature, so its participants must agree on the validity of transactions before they can be registered. There are two ways to access Bitcoin, the first by agreement, which is known as “consensus”. The second is achieved through a process called “mining”, in which before a given condition in a contract, one of the parties agrees that the other “mine” my records and make them a part of their property.

However, it should be clarified that, although we hear more often about Bitcoin since it became popular some years ago, other cryptocurrencies have emerged to facilitate business between companies, organizations, and entrepreneurs. To mention a few, there is Ether, which is the currency of the Ethereum network, also Litecoin, Ripple, Dash, Zcash, among others. Each one with a different nature or objective.

How can the blockchain revolutionize the internet, commerce, and business before we realize it?

In a similar way to how the internet changed the world facilitating greater access to information, the blockchain of currencies is prepared to boost the way we do business by offering trust.

At the design level, everything that is recorded in a blockchain cannot be altered, and there are records where each asset has been. Therefore, while participants in a commercial network may not be able to trust each other, they can rely on the blockchain. The benefits for companies and enterprises are numerous, including the significant reduction in time to find information, resolve disputes and verify transactions. The benefits also include reducing the costs associated with overhead and intermediary costs and reducing risks (collusion, manipulation, and fraud).

Considering the applications that the blockchain of coins has had in business, we are facing a window of incalculable opportunities.

As we have mentioned, cryptocurrency transactions are not validated by a central entity, which means that there are no banking or platform charges associated with the payments. There are only some optional fees of minutes that accelerate the transaction. In addition, they do not imply long waits of time to receive a payment in virtual currency as it can happen with the money and traditional transactions.

Also, the most important feature of the cryptocurrency is its international vocation. No government, in particular, owns or regulates it. This means that there are no fees for payments that cross the borders, and the transaction works in the same way, no matter where the contractors are or the person with whom business is made.

Many close examples have emerged. Namely, there are countries that move significant percentages of their GDP through remittances sent by migrants to their families. These remittances represent billions of dollars annually, both for the countries that receive these resources and for those entities that “facilitate” the sending of resources to other countries. This happens without the need to open a bank account, with few identity documents, and changing an important commission for intermediation. The five or ten percent that this commission represents for the foreign worker who sends all possible resources to his family, resents – especially at the end of a long period – the percentage of dollars he/she must pay to this intermediary.

The cryptocurrencies would allow a significant group that does not trust or cannot access the traditional financial system, to transfer resources from one country or continent to another in minutes. This is done without forms, without bank accounts and, especially, without intermediaries that cut a significant percentage of the remittance.

Additionally, many projects with varied objectives have emerged and been financed through crowdfunding (another modality still lacking important attention by national authorities). Mobile applications, movies, technology, among others, have come to light thanks in part to the financing they have received from third parties, using fundraising platforms.

By virtue of this, different companies and individuals from different countries that do not know each other, who do not necessarily trust each other, have made important cryptocurrency placements, called Initial Coin Offerings (ICO), as a method to finance and develop projects. A cryptocurrency that has emerged relevantly in this type of procedure is Ether, from the blockchain Ethereum.

People are using Ethereum to create personalized (but reliable) crowdfunding platforms, autonomous online organizations, and even their own cryptocurrencies. Because these applications are decentralized, they can only be built on the Ethereum network.

The above, among many other examples.

Understanding the functionality of the blockchain, should cryptocurrencies be regulated?

We must understand that the nature of cryptocurrencies is decentralization. A decentralized exchange is a foreign exchange market that does not depend on a third-party service to maintain customer funds. Instead, exchanges are made directly between users (peer to peer) through an automated process.

For this reason, if the regulatory body of a country decides that cryptocurrencies should be banned, this will lower prices (depending on the size of the country) and blockchain technology companies will avoid installing or investing there. Basically, they will not feel welcome. But, on the other hand, there is a responsibility in the jurisdictions to protect financial consumers in the face of what can be a new product, of which we still have little information.

The previous thing happened recently when the People’s Bank of China prohibited that the companies of the country made placements of cryptocurrencies. In other words, ICO, like a financial method, declared these them as an illegal collection of funds. The solution is not to prohibit, but rather facilitate the processes and try to take advantage of them for the benefit of all.

Even some countries have come to consider cryptocurrencies as a threat to the stability of the financial market, so the authorities struggle to control the financing channels that extend beyond the traditional banking system. They estimate, within the arguments for regulation, the potential danger of tax evasions and contingencies, all of which would have a solution if it were well analyzed by the competent authorities.

Contrary to the case of China, in April, Japan turned Bitcoin into a legal method for making transactions. After the implementation of this new legal paradigm, the electronic chain Bic Camera and the exchange house Bitflyer announced that they would enable the use of cryptocurrency in more than 260,000 stores in the country for the next summer season.

Meanwhile, in closer jurisdictions such as Mexico, the Ministry of Finance and Public Credit is currently making efforts to reach the Financial Technology Law. The above with the objective of regulating entities that buy and sell virtual assets to prevent crimes such as money laundering.

For its part, the Securities and Exchange Commission (SEC) of the United States has been remarkably silent on the subject of cryptocurrencies.

However, according to the American Securities Market Law, the definition of “financial value” includes investment contracts, which is “the investment of money in a common company with a reasonable expectation of profits to be derived from the business effort. or administrative of others. “

In Costa Rica, the Central Bank has recently taken a position by pointing out that Bitcoin and other similar cryptocurrencies do not have the backing of the Central Bank of Costa Rica. It adds that they cannot be considered as currency or foreign currency under the exchange regime, so they are not covered by the security offered by the exchange intermediation or the free convertibility of the currency.

However, it is necessary that prior to regulating Bitcoin or any other cryptocurrency we focus on the relevant definitions. We must first clarify if the cryptocurrencies are values, foreign currencies, commodities or other types of goods and, therefore, be able to give legal clarity to the object that we intend to regulate.

In addition, there are those who claim that consensus on the legality and proper regulation of cryptocurrencies should be made through cross-border agreements. Agreements at the country level would be sterile if in nearby jurisdictions free circulation is allowed or not adjusted to parameters or regulatory criteria.

As we have indicated, some countries have promoted the use of Bitcoin in their countries. There are even others that are ready to issue their own cryptocurrency (Estonia with the “Estocoin”) or make sustained efforts to develop it (India) as legal tender.

The latter could be an alternative to value the launch of an official cryptocurrency that could provide new ways to encourage investment in the country by reducing frictions or contingencies. It is worth mentioning that Vitalik Buterin, founder of Ethereum, has strongly supported this proposal.

Naturally, these proposals are questioned by some detractors. Each agreement, process, task, and payment would have a digital record and a signature that could be identified, validated, stored, and shared. In addition, intermediaries such as lawyers, brokers, and bankers might not be necessary, since individuals, organizations, machines, and algorithms would freely trade and interact with one another with little friction. This is the immense potential of the blockchain.